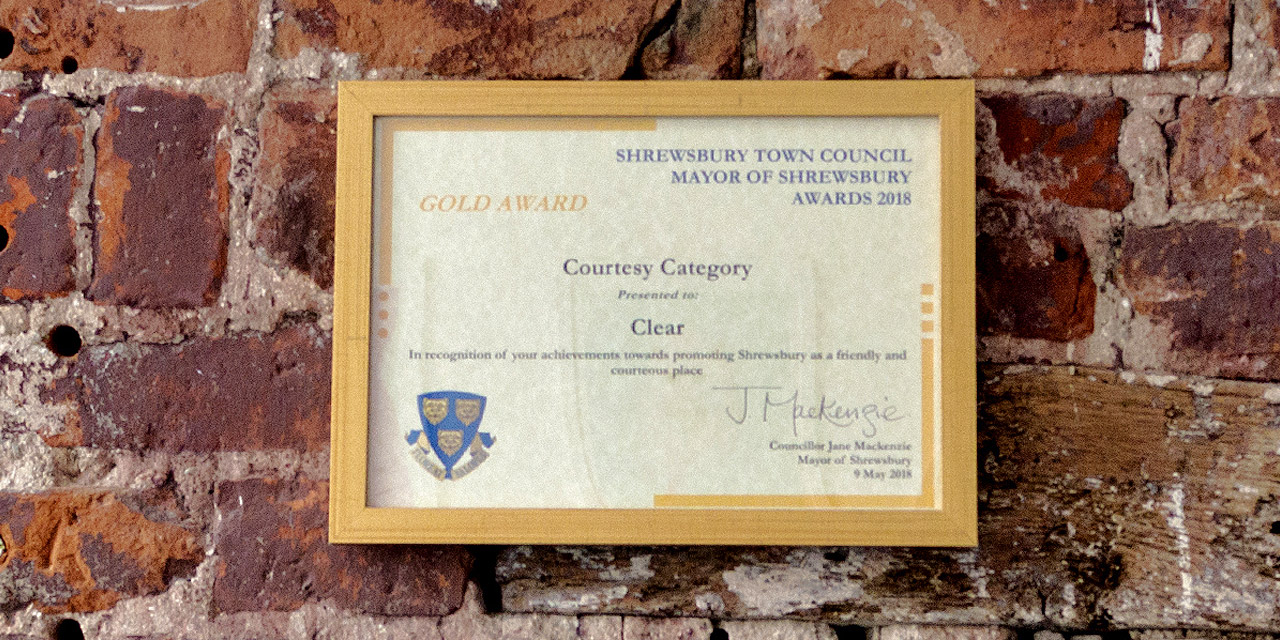 We’re OVER THE MOON to have won an award in the 2018 ‘Mayor of Shrewsbury’ Awards.

The Mayor’s Awards scheme is described as “Shrewsbury’s equivalent of The Oscars” with local individuals, organisations, groups and businesses being recognised for achievements which have benefitted the town. It didn’t let us down either – Gavin and Sherridan had a great time at the ceremony on Wednesday night.

We knew very little before the event but had a good idea that our nomination was linked to our #ClearGiveBack project. Our category was announced at 8 pm and we won GOLD in the Courtesy Category!! It was in recognition of our 'achievements towards promoting Shrewsbury as a friendly and courteous place' via our 15 Random Acts of Kindness for Clear Give Back.

We are very proud of our team for their work with local charities and organisations over the last year.

#gold #MayorsAward goes to @ClearDesign for their 15 Acts Of Kindness to support local charities, businesses and the community to celebrate their 15 years of trading

But there’s still a mystery to resolve… who nominated us? We still don’t know. A huge thank you to whoever did and we would love to know who you are.