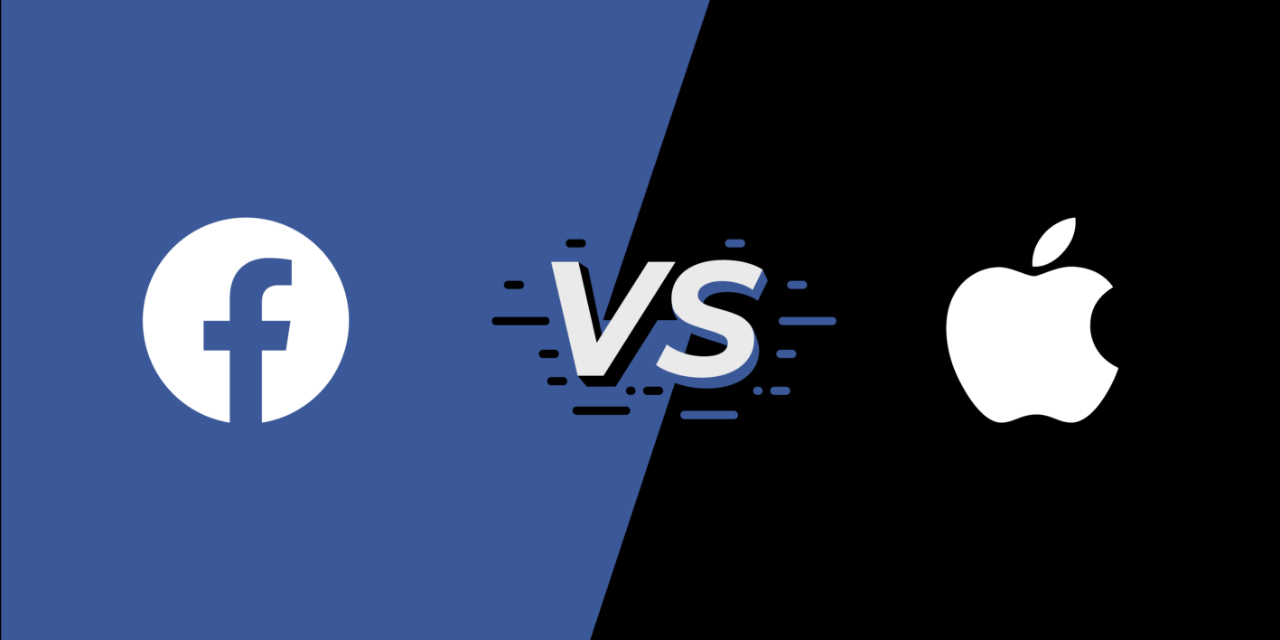 As we logged on to Facebook Ads Manager recently, we received a warning, ‘How Apple’s changes may significantly limit your marketing efforts’ and our hearts dropped. We’ve seen great results from Facebook Ads to improve brand awareness – it was an area of focus for the Search team in 2020! Just as we were really building some momentum, Apple decides to ruffle a few feathers.

In June 2020, Apple updated some of their policies that will affect data sharing with IOS – Apple’s operating system on iPhones and iPads. Apple’s digital battle with Facebook will make it harder for advertisers to track ways Facebook ads can be run, measure performance and engage with customers.

What will Apple’s update mean for users?

Apple’s new update means that, as of 2021, IOS app users will be forced to grant permissions to allow ad-tracking. How likely is it that people will accept grant these permissions? Well, chances are people won't allow the same level of ad-tracking. This means apps won’t be able to easily offer personalised ads, making advertising less targeted and effective and more generic.

We think it's fair to say Facebook is pretty cheesed off, using language like ‘devasting’, ‘damaging’ and concluding ‘we support proactive privacy measures and data transparency, but we don’t agree with Apple’s policy changes.’

Facebook acknowledged that these changes will affect ‘millions of small businesses that advertise on Facebook’ the most. They are encouraging small business owners ‘to share their story’ and giving them ‘a place to speak their mind’, using #SpeakUpForSmall to share what personalised ads mean to them in an attempt to combat the change.

Suffice to say, this is going be an ongoing issue as two of the biggest tech companies in the world try to hash things out. Facebook have come under fire a lot over data protection, but Apple’s approach is going to cause some long-lasting impacts on companies already struggling in uncertain times. We’ll be watching this very closely! 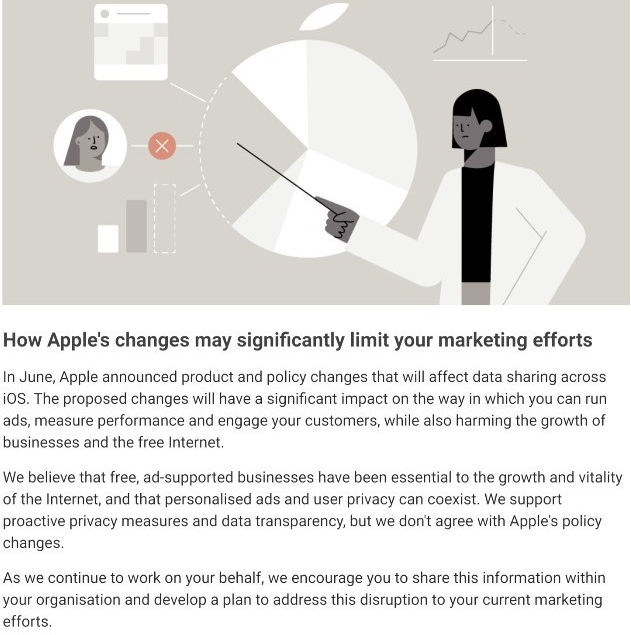