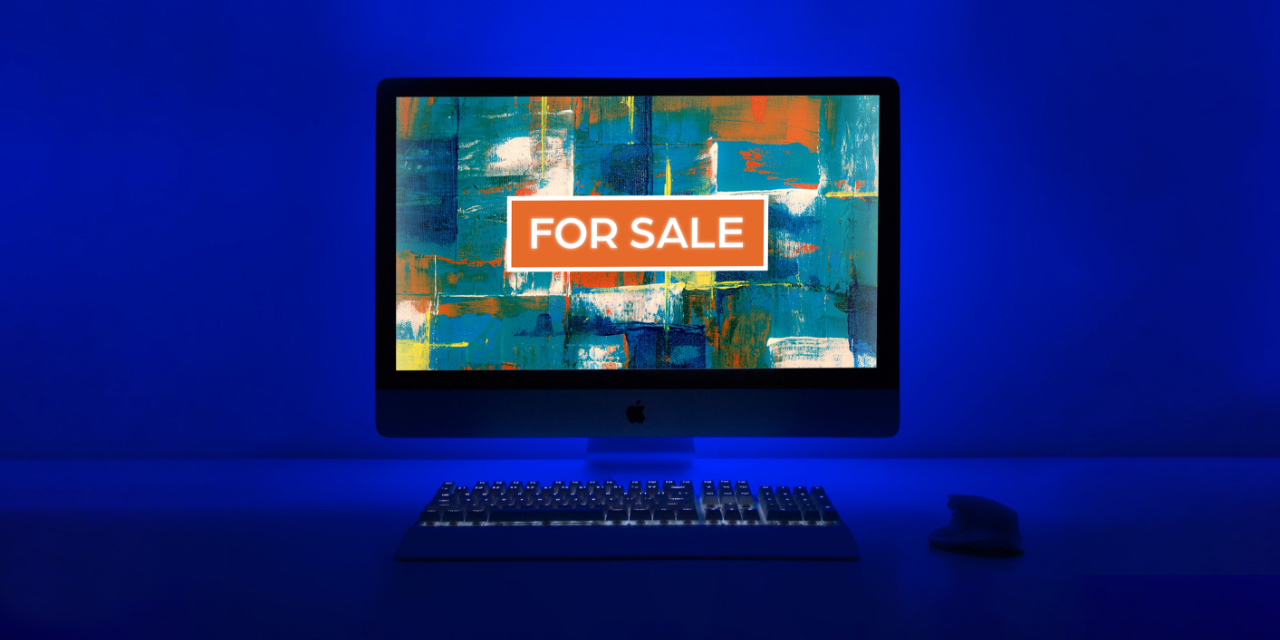 Yes, you heard correctly – you can buy (and sell) tweets or any other digital assets now, using the same technology as cryptocurrencies like Bitcoin and Etherium. But is it a good idea?

Let’s dig into how it works.

NFT stands for Non-Fungible Token and it basically allows people to buy digital assets online, like art! Or at least, they’re sort of buying the asset. You could argue that what they’re really buying is a digital certificate that says they own it, which isn’t quite the same thing. More on that later.

So what does non-fungible mean? Cryptocurrencies like Bitcoin are described as fungible, which means one Bitcoin is the same as any other. You can also divide a Bitcoin up into parts.

Non-fungible means something is unique. Two artworks aren’t equivalent, even if they’re worth the same amount. So an NFT is a digital certificate for a unique work of art, or tweet, or other asset.

These can be bought and sold, and as mentioned above, some are achieving huge prices.

Cryptoart is digital art that’s being sold as an NFT. Simple as that. A lot of artists are seeing this as another stream of income.

Some people are making a lot of money with NFTs right now, but there are pros and cons and a lot of opinions flying around. Here are a few of the possible downsides to NFTs.

Is it just a bubble?

Firstly, it’s not clear if this is all just a big bubble that will collapse before long. People are paying a lot of money for things, but what are you actually getting, except a certificate? Think of it this way – if I give you a nicely printed certificate that says you own the Tower of London, is that really worth anything? Proponents of NFTs think they’re the future and believe in their value. Whether that will continue to be the case, we’ll have to wait and see.

Note that buying a digital artwork doesn’t necessarily transfer the copyright to you or give you any special benefits, unless the artist has explicitly made that clear.

Steven Fry’s already been poking fun at the whole thing.

A unique opportunity to acquire by way of nifty NFT, this jpeg of me blowing a kiss. £40 million seems reasonable, but I'll take £30 million to expedite a quick sale. The jpeg is infinitely reproducible, but the proof of purchase, being non-fungible, will be yours & yours alone! pic.twitter.com/oM2LJSWa3X

Theft is an issue too

Another issue is that people are minting NFTs with artwork that isn’t theirs. It’s easy to take someone else’s work, make an NFT and sell it as yours. The industry currently has no regulation.

Can everyone make money?

Some people have been describing the whole thing as a pyramid scheme. People who already have a big audience are making a lot of money, but after fees and minting costs, there’s a good chance smaller artists won’t make their money back.

What about the environment?

Believe it or not, there is a huge environmental impact to cryptocurrencies as well. NFTs are a small part of that so far, but many of these artwork sales still represent weeks or months of an average person’s energy usage. There’s also an argument that you’re supporting the cryptocurrency industry as a whole. Bitcoin is the worst offender – in one year, Bitcoin’s energy usage was more than that of Argentina.

The carbon emissions of NTF art itself can be huge too. In six months, one artist used the equivalent of 77 years’ worth of electricity.

Should I get involved in cryptoart?

Ultimately, it’s your decision, but do your research and weigh things up carefully! Some artists are making money, for sure, and many artists don’t get paid that much for their work. You could argue that creatives as a whole are undervalued by society.

Be mindful that you could make a loss though, and consider whether you want to be part of the ecological toll that comes with being part of such a polluting industry.

We like to keep up to date with the latest in the digital sphere – no matter how complex! If you need advice on your marketing, feel free to get in touch.